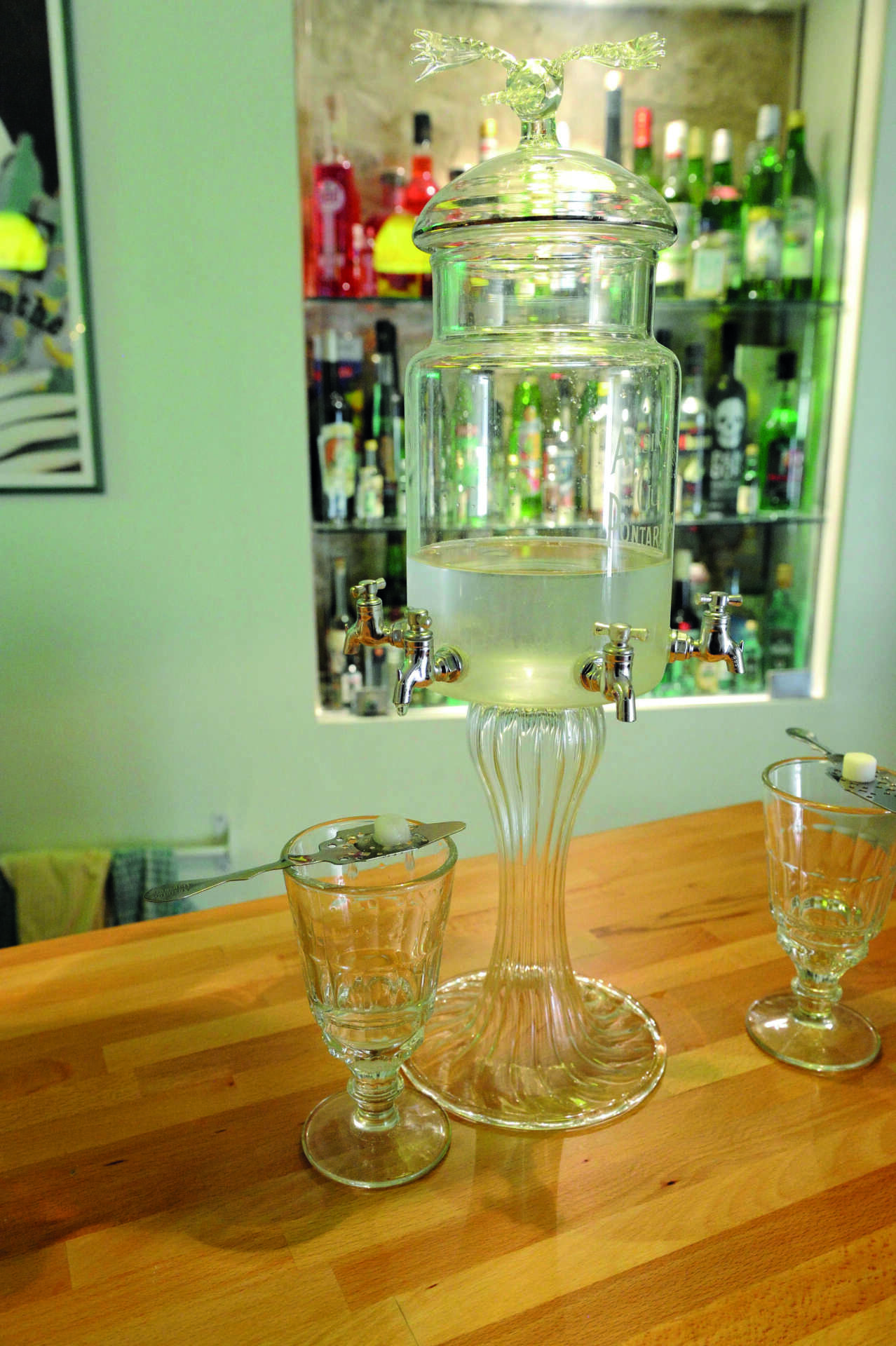 Located between the Château d’Auvers and the Auberge Ravoux, the Musée de l’Absinthe recreates the atmosphere of a typical Belle Époque café in which absinthe became the drink of choice for poets and artists. To help explain absinthe’s importance in 19th-century French social and cultural life, a unique collection of objects required for its ritual consumption are displayed, along with drawings from the press, etchings and paintings illustrating the “Fée verte” (or “Green Fairy”), as the formidable tipple was nicknamed by its consumers.

By way of introduction to a tour here, in the garden, observe the aromatic plants that go into making absinthe. There then follow five rooms, spread over two floors, retracing the drink’s history, from its creation at the start of the 19th century, when it was first used for its medicinal properties, up to its prohibition in 1915, following the exponential growth in its consumption, which led to a considerable public health issue.

Among the objects on display, there are absinthe spoons, urns and bulbous glasses, along with further more unusual objects, set in a reconstitution of a little literary café decorated with period advertisements. However, the campaign against alcoholism that took off in the 2nd half of the 19th century is also evoked by tracts, postcards and posters that were produced by the anti-alcohol leagues (or groups) in response to the widespread social scourge caused by absinthe, while drawings from the period’s satirical press also feature.

Lastly, the museum also presents the “Fée verte” as muse, accompanying all the great period art and literary movements. Among the Impressionists and the Post-Impressionists, Edgar Degas and Vincent van Gogh respectively took it as their subject matter in works such as Dans un café (also known as L’Absinthe) and Le Café de nuit. In the latter canvas, Van Gogh, himself a big consumer of absinthe, depicts the waywardness of alcoholism as well as the appearance of the specialised drinking dens that he discovered in Arles. He described them thus to his brother Theo: “It’s what’s known here as a ‘café de nuit’ (there are quite a lot of them around here) and they stay open all night. ‘Night prowlers’ can take refuge in them when they’re out of money to pay for lodgings or when they’re too drunk to get home.”