Accueil | Along the Banks of the Seine | Restaurant Maison Fournaise 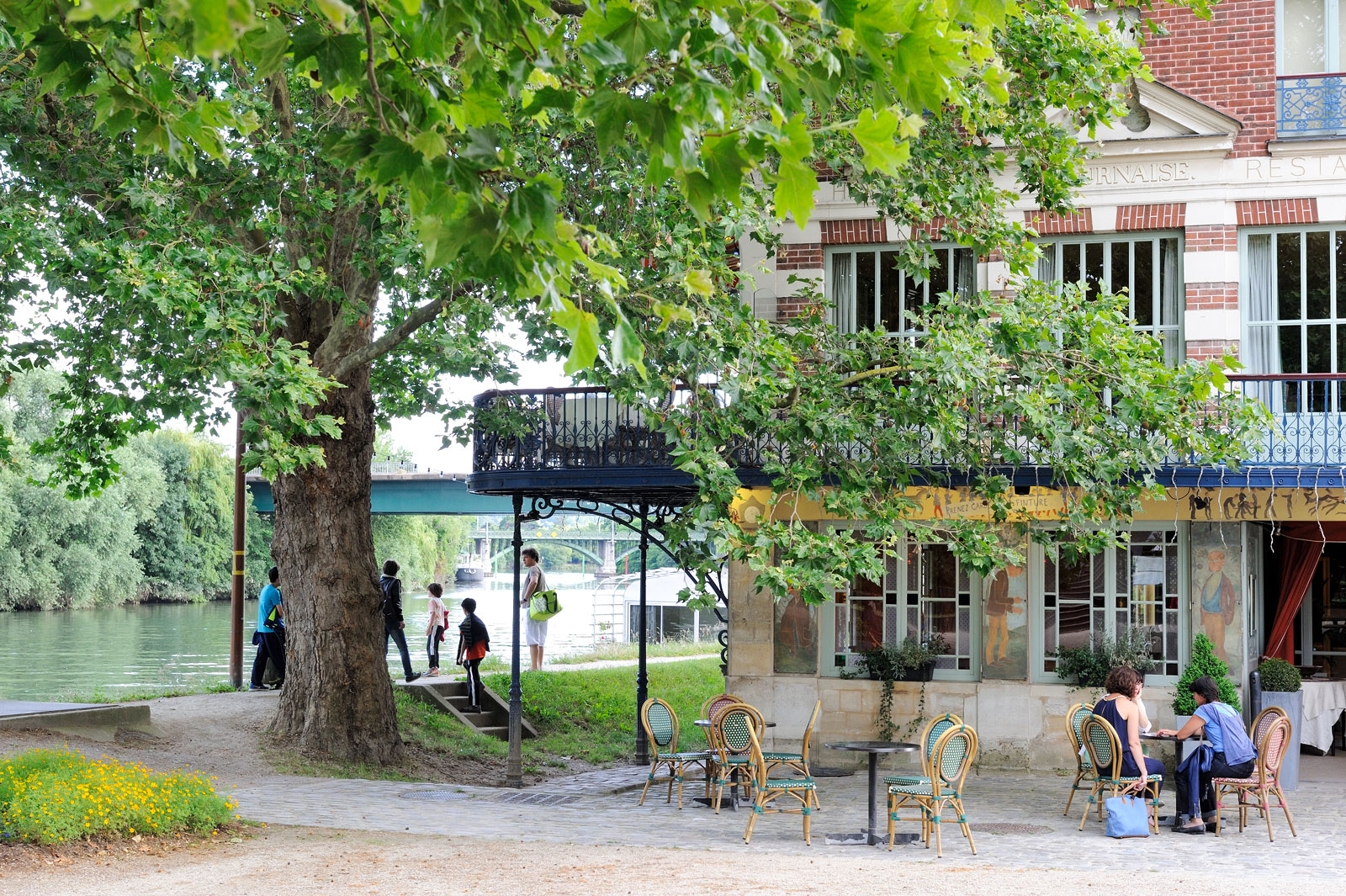 Auguste Renoir was full of praise for Chatou, calling it “the prettiest place in the outskirts of Paris”. It was home to the Hameau Fournaise and, especially, the restaurant Maison Fournaise. In Renoir’s day, this well-known riverside guinguette attracted crowds who came to dance and have fun on Sundays in particular, offering painters keen on depicting new themes to reflect the times a host of joyous scenes to record on canvas.

Located on the Chatou island now known as l’Île des Impressionnistes, the spot enchanted the most famous Impressionists, including Claude Monet, Alfred Sisley, Berthe Morisot and Camille Pissarro, enchanted by its light, landscapes and festive atmosphere. The terrace right above the Seine, with its wrought-iron decorations, served as backdrop for Auguste Renoir’s famed Déjeuner des canotiers. This great artist executed some 30 canvases illustrating those merry boating days relaxing by the Seine, the whole Fournaise family involved. Renoir indeed painted a Portrait d’Alphonsine, the daughter of Alphonse Fournaise, who founded the venue, plus a boating company; this work is on display at the Musée d’Orsay in Paris. On the restaurant’s first floor, wall paintings executed by caricaturists of the time have remained intact, helping preserve the vivid period feel.

Recently renovated, the restaurant Maison Fournaise reopened its doors, and its kitchen, in spring 2022. The setting and the late-19th-century décor have been perfectly reconstituted in what is a listed building. On the menu, traditional French cuisine, given a modern twist by the new chef here, Stéphane d’Aboville.

If going to the Hameau Fournaise, do visit the Musée Fournaise, with its immersive, interactive exhibition paying homage to Auguste Renoir. To immerse yourself further in the Belle Époque atmosphere, the association Sequana allows you to book for a sunny afternoon’s boating on the Seine.