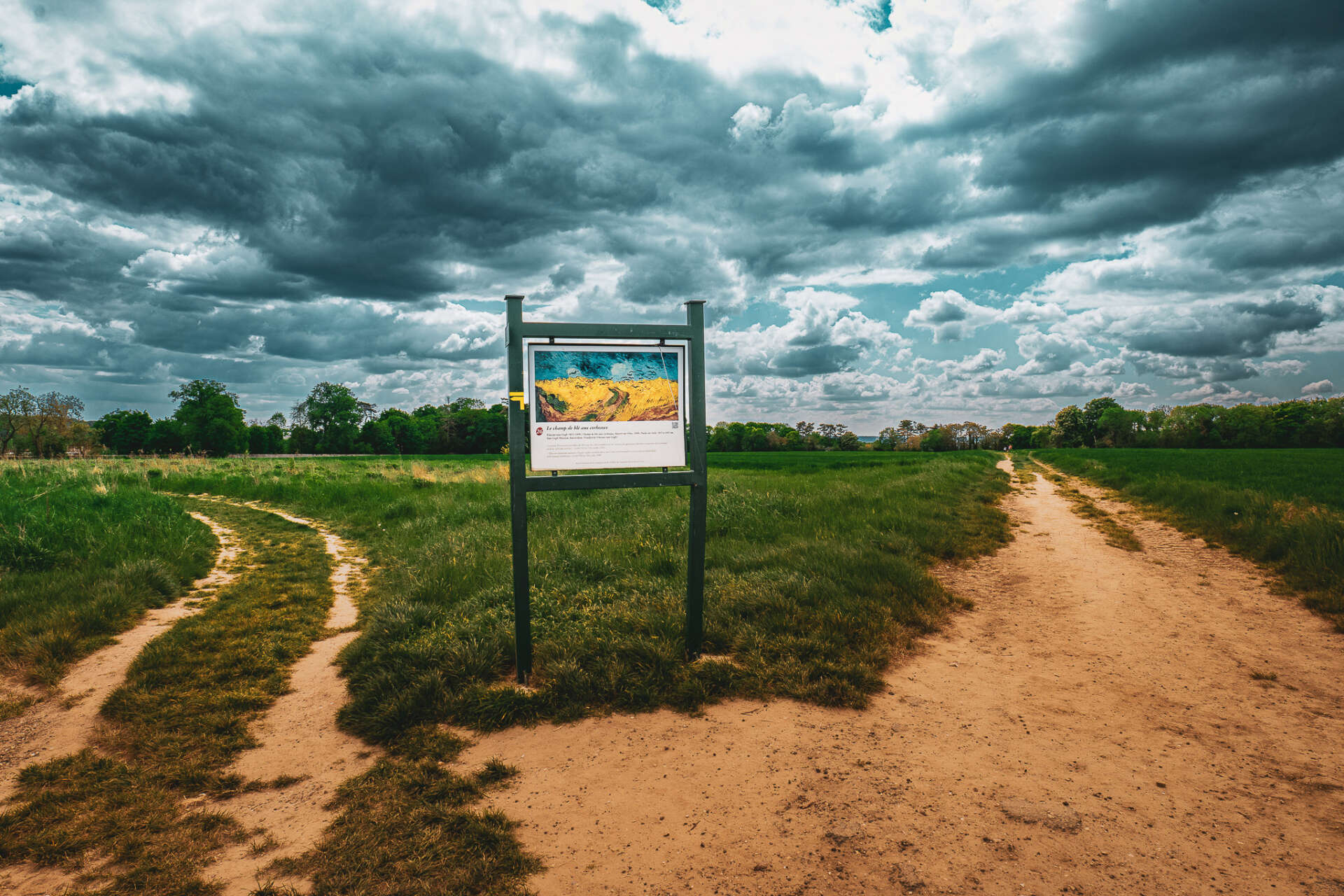 In 1890, Vincent van Gogh settled in Auvers-sur-Oise, following in the footsteps of other Impressionists, including Camille Pissarro. He would paint some 80 canvases here during the 70 final days of his short life. Several walking trails around the village streets will lead you in his tracks, as well as those of Cézanne, Doctor Gachet and Daubigny.

A signposted trail takes you on a journey of discovery to the museums and sites linked to the life and works of the famed Dutch painter. It starts, of course, from the church, which he immortalised in his canvas, L’Église d’Auvers, vue du chevet, on display at the Musée d’Orsay.

At each stop of interest, a panel displays a reproduction of one of the artist’s works. Young and old alike can have fun working out the exact spot where Van Gogh set up his easel, for example for Dans le Jardin du docteur Paul Gachet. In the village centre, the Auberge Ravoux, also known as the Maison Van Gogh, remains an unmissable and moving place to visit, notably to see the artist’s little room. This walking circuit ends at the cemetery where the two Van Gogh brothers were buried side by side. Covered in ivy, their joint tomb has become a place of pilgrimage for fans of Van Gogh’s art.

As well as following in Van Gogh’s footsteps here, you can follow those of further painters, from precursors of Impressionism such as Daubigny (Le Mur du jardin) to post-Impressionists including the likes of Cézanne (La Maison du pendu, Auvers-sur-Oise), going via the Impressionist Pissarro (Bords de l’Oise à Auvers-sur-Oise). All contributed to the fame of this little village.

The Chemin des Peintres, or Artists’ Trail: from the Impressionists to Van Gogh

In addition, an historical and cultural trail leads visitors to various sites around Auvers-sur-Oise that were immortalised by the greatest of pre-Impressionist, Impressionist and post-Impressionist landscape painters. Beside each celebrated viewing point, you’ll find a panel that reproduces a corresponding work, allowing you to observe the landscape from the same spot as the artist did.

In search of the lost art work

Smartphone in hand, using the app valdoisemybalade.fr, enjoy this mix of tour and game, made possible thanks to a series of quizzes exploiting your phone’s geolocation facilities, leading young and old alike on a treasure hunt made for our times!

tourisme-auverssuroise.frGuided tours every 1st and 3rd Sunday of the month, April to October, at 3pm. Tourist maps and audio-guides available from the tourist office.

tourisme-auverssuroise.frGuided tours every 1st and 3rd Sunday of the month, April to October, at 3pm. Tourist maps and audio-guides available from the tourist office.