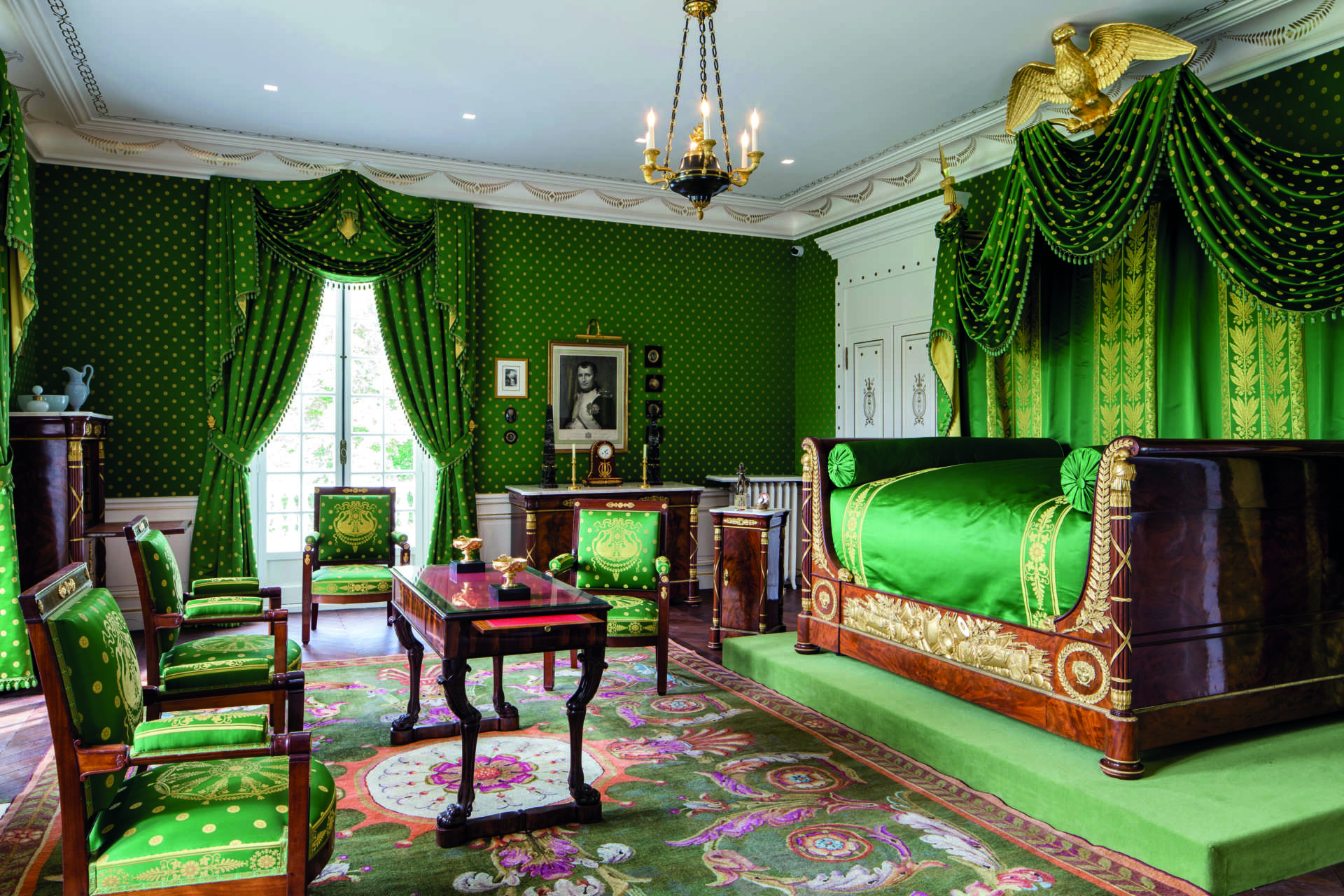 Gustave Caillebotte spent 19 years with his family in their summer home in Yerres, south of Paris. During this period, he painted 89 works and, from 1875 to 1879, created some of his most famous pieces here, such as Baigneurs, bords de l’Yerres. His house, the Maison Caillebotte, has been fully restored and refurnished to make it appear as it did in the artist’s lifetime. Immerse yourself in the atmosphere of a sumptuous late-19th-century holiday home on a visit.

Now listed as a “Maison des Illustres” thanks to its illustrious former proprietor, the place faithfully reproduces the artist’s personal world. The dining room, drawing room and billiards room have been entirely redecorated, while the master bedroom displays its original Empire-style furniture once again. The atmosphere of Caillebotte’s studio has also been recreated, with original canvases by the artist regularly exhibited here.

Surrounded by extensive grounds, the Maison Caillebotte boasts a unique set of ornamental follies typical of the Romantic style of landscaping in vogue at the start of the 19th century. These picturesque little edifices reflect the follies that often feature in landscape paintings. The grounds have been preserved to look as they would have done in Caillebotte’s day and include a vegetable patch that the painter himself once tended and which is now looked after by keen gardeners.

From June to October, it’s possible to discover the banks of the Yerres River by making the most of a boating outing, thanks to the rowing boats for hire. Boating was an activity much appreciated by many an Impressionist and depicted by Caillebotte in many of his works. He even built several of his own rowing boats. In addition, his famous canvas, Nageur, on display at the Musée d’Orsay, was painted from the riverbank here.

Finally, to delve even deeper into this place with its beautiful white home and its grounds extending across 11 hectares, visitors can enjoy an augmented reality tour using a smartphone or by hiring a tablet.

Book your ticket via the website of the Maison Caillebotte
Favourites