Accueil | Along the Banks of the Seine | Nautic Park: Circuit Impressionniste in an inflatable dinghy 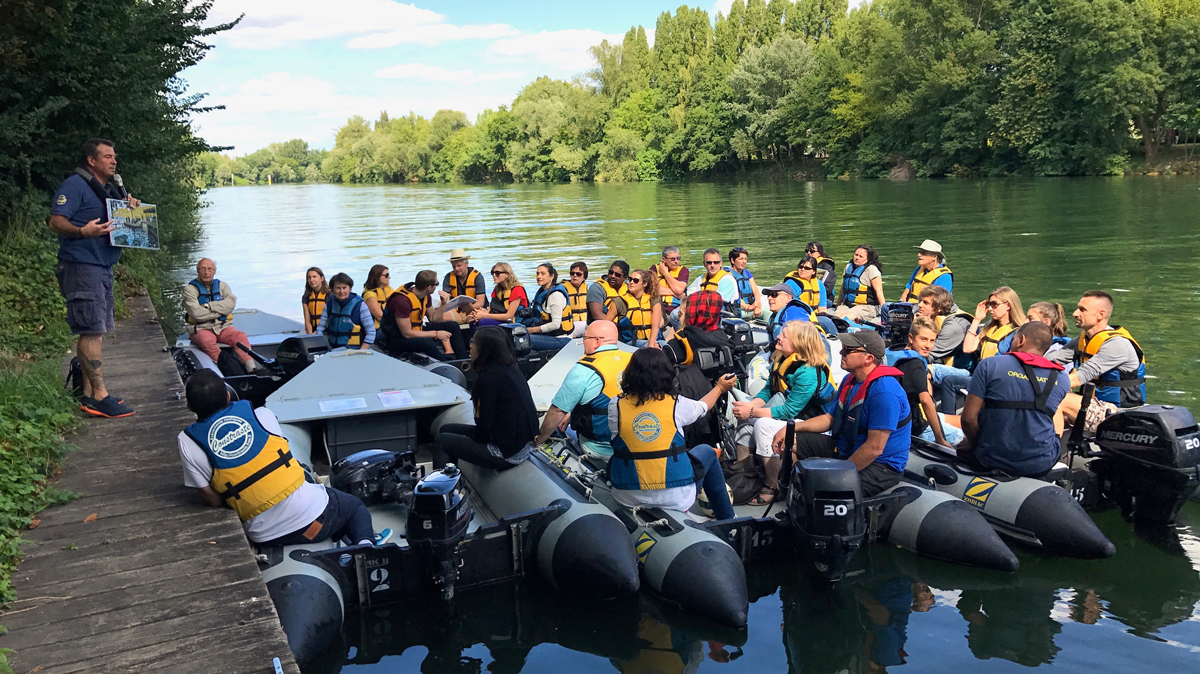 Tempted to travel up the Seine following in the tracks of the Impressionists in quite unique manner? Every summer, Le Nautic Park in Bougival proposes outings in inflatable dinghies, the circuit lasting two hours, for visitors to head off by boat and explore iconic spots beloved by so many artists from the famed late-19th-century movement, such as the Île de la Grenouillère, Bougival and the Musée and Restaurant Fournaise.

Cruising along, your pilot, who also serves as your guide, will provide a running commentary on the excursion, revealing stories and secrets connected with the likes of Claude Monet, Auguste Renoir, Berthe Morisot, Alfred Sisley and Camille Pissarro as you explore the Seine from Bougival to the Île des Impressionnistes at Chatou. So taken with the great river and its landscapes, the Impressionists depicted these on numerous occasions, for example in La Grenouillère by Claude Monet or Le Déjeuner des canotiers by Auguste Renoir. Following in their wake, this experience allows you to get out on the Seine itself for a peaceful, bucolic trip, discovering the Impressionists’ favourite spots and their works as well as the stretches of countryside and specific places that inspired them.

Accessible to all (including people with reduced mobility and babies), this Circuit des Impressionnistes en Zodiac outing proposed by Le Nautic Park is perfect for groups, families and friends in search of a novel, convivial way to explore the Impressionist period. It is possible for participants to pilot their own inflatable dinghy safely. Following a training session on how to steer such a boat, for which no licence is required, participants can glide along in a little flotilla, supervised by one or more safety boats driven by experienced pilots.

nauticpark.comAdvance reservation required.
Prices: €45 per adult (over 13 years of age) / €20 for 8 to 13 year olds / free for children under 8 years of age.
Life jackets in suitable sizes are provided for all passengers. Participants are advised to wear casual clothing suitable for the day’s weather conditions.

nauticpark.comAdvance reservation required.
Prices: €45 per adult (over 13 years of age) / €20 for 8 to 13 year olds / free for children under 8 years of age.
Life jackets in suitable sizes are provided for all passengers. Participants are advised to wear casual clothing suitable for the day’s weather conditions.